Photobombing supplier stations, tracing next-gen solutions in sustainability and internalized holistic approaches to skin and hair health, immersing in textural experiences, educating in education sessions that surrounded the show floor with a deeper dive into core area, that is what most attendees did at in-cosmetics Global. But there is one person who gave an overarching view of six new trends in cosmetic technology. His name is Paolo Cammatari, formulation technology manager of Oriflame. 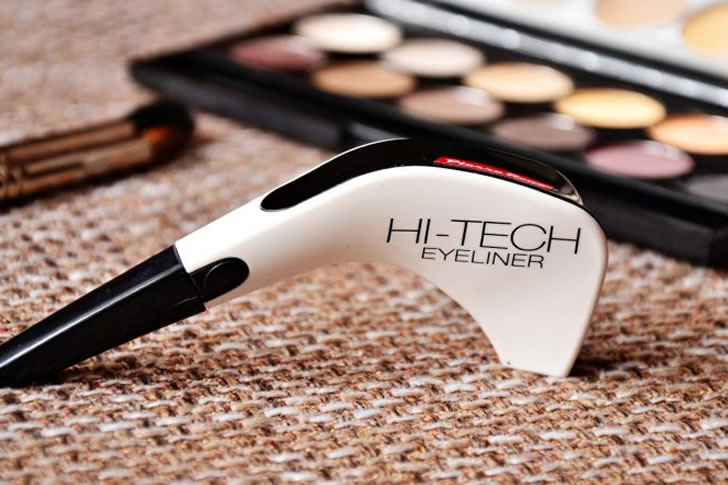 Recycling natural by-products and waste from food and agriculture to create active ingredients for cosmetics is the latest approach to sustainability and the companies are embracing it. According to consultant and a long time proponent of this practice, Giorgio Dell’Acqua, Ph. D, “I recently collaborated on a project to re-use the skin of blueberries from food to protect against blue light. He example it to Cosmetics and Toiletries.

Improving waste management has become a necessary step in the product development cycle by reducing an ingredients carbon footprint. Not just that, when you recycle natural by-products or the waste from the food industry, it is a good sustainable option for ingredients suppliers because since it optimized for cosmetics, it can have multiple applications. These are the examples of the benefits that he gave, Citrus peels are rich in flavonoids, olive waste that is rich in polyphenols and tomato pulp and seed that have antioxidant benefits and if it is fermented, components can yield amino acid and probiotics.

Neil Foster of Nuritas said that technology enabled the reinvention of traditional ingredients in many ways, to impart other benefits, refined processing methods are used, and in silico modeling that is being used for the discovery process.

Foster said that Artificial Intelligence (AI) has the potential like no other technology. When you think about what Hollywood is painting to our mind that self-aware robots are destroying the human race, but in reality, it is much more constructive. Foster introduces the combining of Artificial Intelligence with genomics for discovering new targeted bioactive peptides from nature.

Foster’s goal was to unlock the full potential of plants based on a targeted, fast discovery process looking in places never before imagined. Because of this, three approaches evolved, target, predict and unlock.

Ai was employed to target potential peptides. The artificial brain can read 10,000 research per day, and it recalls perfectly everything it has read and patterned beyond what the human mind can. It can then unlock the potential of the peptides available and qualify that the predictions made exist in reality.

Deep learning helps build new predictors and creates new levels of efficacy according to Foster. A massive new dataset of proprietary knowledge is created if a new peptide is discovered.

Discussion of the latest trends in cosmetic technology would not be complete without considering recent advances in microbiome research. According to Denis Wahler, of Givaudan Active Beauty, researchers already measure the importance of the skin microbiome in hygiene and personal care with the advent of metagenome and biogenetic technologies. Focusing on its crucial link to beauty and well-being are what scientists do. Educating the consumer is an important connection.

Efforts in advancing probiotics and prebiotics from gut microbiota promote skin benefits. You can rebalance it, protect it or trigger it for given benefits are the three main approaches to the microbiome.

Michele Sisani of Prolabin and Tefarm S.r.l, synthetic layered double hydroxide clays (LDHs) said that attention is attracted due to their easily tuned chemical composition, biocompatibility and lack of toxicity. Currently used as carriers of drugs, amino acids, and antibiotics and show good results in controlled release, drug loading and the protection of labile biomolecules.
When it comes to cosmetics, the materials are being used to rheology modifiers, multifunctional excipients, mattifying agents, texturizing agents, and absorbents. But Sisani said that it is the most interesting application if the cosmetics are used as a carrier for active ingredients.

Green synthesis methods to produce ingredients intercalated within the layered structure of LDHs with a very high loading is developed by Sisani’s company. Thanks for this because its result materials can be utilized in various applications. Examples of this are increased bioavailability, photoprotection, masking of bad odor or taste modified release. One example is the antiperspirants that can be designed into this, the more you sweat the more actives are released.
Susani also demonstrates that by changing the composition if materials are being used, developers can modulate the release of active materials based on designed kinetics.

According to Emer Duffy of Dublin City University, the potential of wearables beyond health trackers and entertainment value have real clinical applications. She also stated that there is an increased interest in the developing of non-invasive tools for investigating the properties of the skin, because they promised non-destructive sampling.

Duffy said that seeing ingestible wearables to monitor health including contact lenses, temporary tattoos, sweat sensors to track sodium and potassium in the sweat of athletes. There is easy access in the literature in relation to monitoring health conditions.

●Better Aging as the New Anti-Aging

Andrea Mitorotonda of Neal’s Yard Remedies is exploring for years about how cosmetics scientists have focused on the ultimate anti-aging product. Many ask about what is the true meaning of anti-aging? He said that the use of cosmetic products should support aging including emotions and stress, for a holistic approach for better aging.

Camattari said that well-aging gets a lot of attention these days. Is anti-aging even a credible claim anymore? Mitorotonda responded that the anti-aging market is still on the rise. And we need to find new, better and different ways to age. And we are improving in a holistic direction considering food, stress, and sleeping well.

Sustainable and green chemistry principles are earth-friendly and help in reducing stress and having good well-being as measured by the levels of cortisone in the saliva.